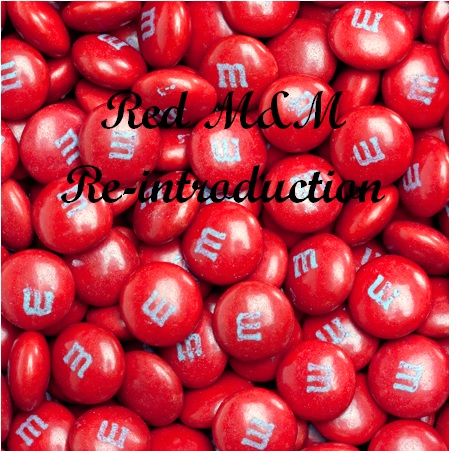 The chocolate candy like no other has time and again found a special place in the hearts of many Americans since its creation in 1941. The M&M is more than just a candy; many consumers consider it a part of American history. So, it comes as no surprise that when the red M&M was re-introduced in 1987, after it was discontinued in 1976 due to faulty concern over the use of red dye No. 2, many consumers were overjoyed.

While the red M&M only ever contained red dyes No.3 and 40, which were perfectly safe, the company chose to stop production to minimize consumer confusion. But, after eleven years and thousands of letters plus public outcry, the red M&M was ready for its comeback. Yet, it wasn’t the taste that people were craving. The red M&Ms didn’t taste any different from the green, brown, or yellow M&Ms. What people missed most were the memories. M&M/Mars even received letters from World War II veterans who remembered red M&Ms in GI Rations and letters from others who recalled learning to count in grammar school with the tasty candies.

Deeter was charged with re-introducing the product to the media as smoothly as possible, first alerting them that the re-introduction was happening and explain why. That of course necessitated our providing all the background, on red dye No. 2 and M&M/Mars philosophy regarding consumer safety. Once time requested that red be re-introduced to the package we shared some of the letters M&M/Mars had received from the public and provided a time table for the re-introduction, as well as a request that the media share the information we provided. The re-introduction of red M&Ms later led to the creation of blue and pastel colored M&Ms. M&Ms are a truly fun product that the entire family can enjoy.